Just 59 miles north of New York City in Dutchess County, the city of Beacon lies between the east bank of the Hudson River and the foot of Mount Beacon. With easy access to I-84, the New York State Thruway (I-87), and Metro North train service, Beacon is an easy commute to Manhattan and many other destinations. The express train to Grand Central Station takes slightly over an hour.

From Hats And Bricks…

In the early 1700s a young couple, Roger and Catheryna Brett, established a homestead and business in what is now Beacon. Their descendents welcomed many distinguished guests during the Revolutionary period, including Washington, LaFayette, and Von Steuben. The house still stands in the heart of Beacon and is Dutchess County’s oldest homestead.

During the Revolutionary War, beacon fires blazed from the summit of the Fishkill Mountains warning General George Washington’s troops of the movement of British forces. In 1913, when the villages of Fishkill Landing (on the Hudson) and Matteawan (on Fishkill Creek) joined together, the name Beacon was chosen.

Fishkill Creek, with its tremendous water power, made Beacon a natural mill town. In 1864, the Matteawan Manufacturing Company began its production of fine wool hats, and by the early twentieth century Beacon was considered the hat capital of the state. Another major industry was brick making. Bricks made here helped create the Empire State Building and Rockefeller Center.

In 1902, the Mount Beacon Incline Railway was built by the Otis Elevator Company. Billed as the steepest in the world, it carried locals and visitors alike up a 65 percent grade to 1150 feet above the mighty Hudson, providing breathtaking panoramic vistas of the Hudson Highland countryside.

Tourists came to gamble in the casinos, dance in the dancehalls and stay in the rustic mountain top bungalows.

Craig House, a 19th Century mansion on 67 acres overlooking the Hudson, originally built for General Howland, is one of many historic properties in the area.

…TO ART AND CULTURE

Like many industrial cities across the United States, Beacon fell on hard times in the 60s and 70s. By the late 80s, things were bleak indeed. Fire had destroyed the Incline Railway, and much of Main Street was boarded up. But in the early 90s, a few pioneers moved in, renovating buildings and opening businesses. The East End of Main Street slowly began to show signs of rebirth.

In May 2003, Dia Art Foundation opened Dia:Beacon in a former Nabisco box printing factory. The museum presents Dia’s collection of art from the 1960s to the present as well as special exhibitions, new commissions, and public and education programs. This has helped transform the city of Beacon into a vibrant arts destination for visitors from the region, New York City, and beyond—attracting over 75,000 visitors per year.

This created additional momentum and excitement, and a number of other projects are now planned that will make Beacon into a major cultural center. Today Beacon boasts of art galleries, antique stores, boutiques, gourmet shops, and musical venues. 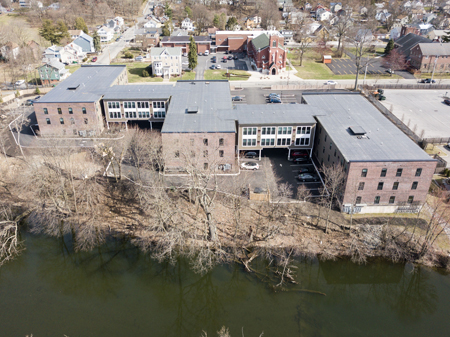